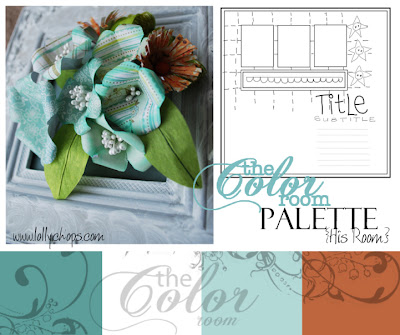 This was for TCR challenge due in Thursday 4th November {last week} which I combined with Sketch 148 @ Sketch Inspirations, due in Saturday 6th November.  Unfortunately I got my timing a bit wrong & got this challenge in a couple of hours late!  Sad because I was really happy with how it turned out... 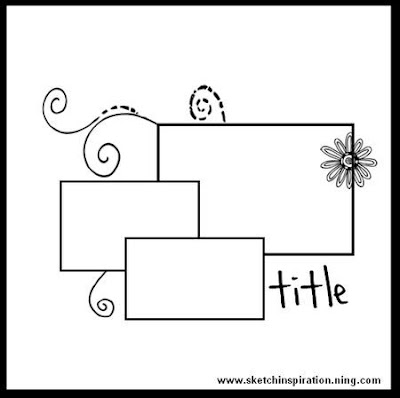 As soon as I saw the Palette I thought "Sand & Sea!" & rummaged through my 2006 pre-digi box.  I really wanted to combine the palette with this sketch to save time but only had this one suitable photo, so used October Afternoon journaling cards {the back-sides which are printed} instead of photos for the 2 smaller rectangles. 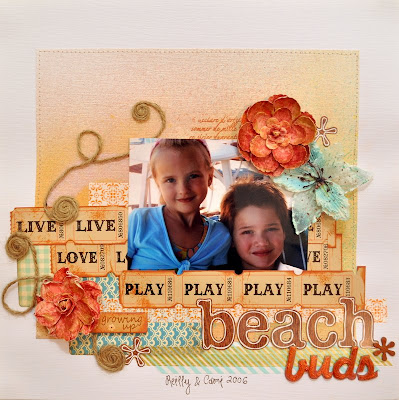 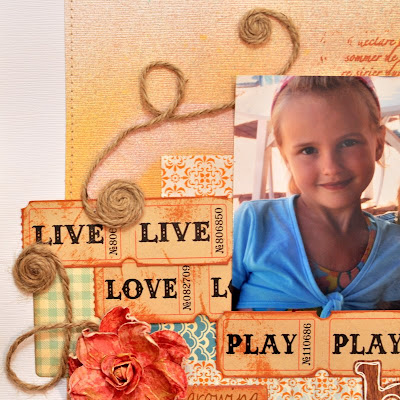 I started this layout late at night - I have a good architect type desk lamp - and while the lighting is definitely better for scrapbooking during the day there is definitely something to be said for scrapbooking in peace & quiet, when you have time to have a little play & do some experimenting.   I actually used some misting templates on the backing paper but most of them ended up covered up for the most part with the elements. 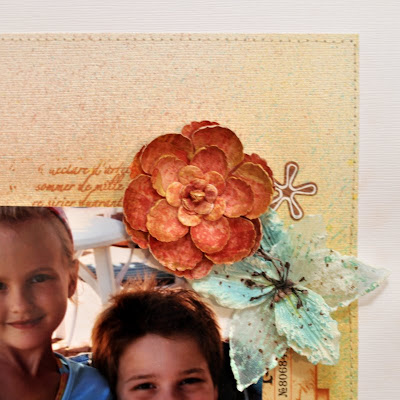 What I don't like about the spray mists is they cause the paper to buckle.  Maybe if you weighted the paper that wouldn't happen, but when you just bung it in a pizza box like me & spray, who has time to look for bricks?!  Stitching is a great way to solve the problem as it holds it flat & as most of the warps get worse towards the edge of the paper cutting out the centre section & attaching it by sewing definitely sorts the problem. 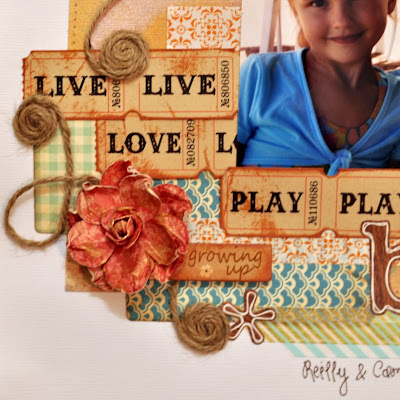 I recently saw Piradee do something similar with twine & thought I would try out my swirls using it.  Easy peasy if you have some nice big glue dots about the size of the coiled circles & some smaller ones to stretch out & put directly under the twine where you loop it before moving on to the next spiral.  If you don't know Piradee's blog you should as she is one of the best scrapbookers in the world, I truly think so, boundless natural talent & recently appointed CK Dream Team member. 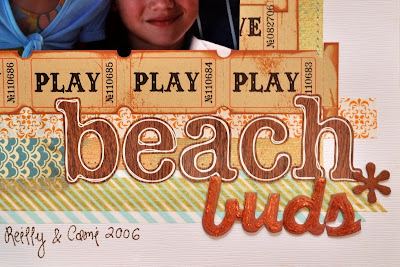 I think it shows that I had fun with this one!  I didn't want to use such large alphas to write "buds" & the only suitable ones I had were AC raw chipboard {funnily enough sent to me by Piradee when I won a RAK on her blog!} so I painted mine using glass paint as that's all I had in bronze!  Too lazy to wash up a paintbrush in the middle of the night I simply squeezed it directly from the tube & the texture is awesome ;-D
Posted by Ella Swan at 23:48

This is seriously gorgeous, seriously fun, I can tell that you had fun creating it, love the details, love the colors, love your choice of DP, just love everything thing here!

Another gorgeous layout, Helen! I really like all the details, misting and layering. Your work is amazing and really inspiring. TFS

Stunning...I love the stitching and the misting.

Wow Helen, this is absolutely gorgeous, I love your stitching and the way you used that script stamp in the background adds that perfect extra bit of detail!

Once again, you pulled out all the stops!!
Beautiful Helentjie, so very pretty:)

Pretty pretty. Love your use of the rope and the misting. So very pretty. Gorgeous colour scheme.

You are just so good with these colour combos. I love to look but just don't have the headspace to figure it out.
The sketch is awesome. That I can definitely dig.

ooooo ! i'm gonna be "stealing" that title here too ( have similar pics to scrap ! rare to have beach pics ard here even tho' we live on our tropical island ! )

Gorgeous as always! Love all the details here 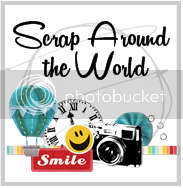