What's it Like Where I Live? {South Africans be Proud!!!}

***It's going to be a double-post day today as I'm uploading my "Get Picky" challenge entry this afternoon, once I've photographed it***

Having lived here for 5 years now I feel I've been around long enough to make a fair observation of people's attitudes in general here etc...Perhaps I see things differently as a foreigner, but what I find strange is the "inferiority complex" that industries in South Africa tend to adopt.  Everyone's jaws drop at the mention of someone coming from "overseas" - they are automatically referred to thereafter as an expert or icon!!  I find it mildly amusing but moreover incredibly annoying actually.

South Africa has an awesome music industry.  Did anyone of you "out there" know that?  I'd actually like to know the answer...We have some bands & musicians here that, if they were American, would be living large right now & not even have to "make it" in a foreign country.  Here, Idols is frowned upon (our local talent show) as being "rigged" (not my words) etc, etc, & is judged by the public.  Maybe that's the norm elsewhere but it doesn't work here, where average Joe doesn't have extra money to text up to 6o times (or whatever the maximum is - I can't remember now as we are between seasons).

The best man doesn't win - the one with the most votes does - so when this guy was performing his friends, family & fans didn't have as much money as this guy's.  Simple as.  End of.  Sure, they are both talented, obviously, but my point is...Well, I think you can work it out!  Idols is also aired on a "paid" channel so is not available for viewing by the masses.  Two of my kids are very much into singing & dancing.  They go for weekly lessons & perform in school & academy performances.  Both of them have been told not to "waste their time" auditioning for Idols. Sad.

One can't help but feel bitter about this.  Anyone with talent in South Africa has to "make it big" elsewhere, then all of a sudden all sorts of people give them a mention.  Amaaaaaaaazing.  There is no support or encouragement & it's a long, hard, lonely road.   A few of my long-time readers will remember when I got 2 honourable mentions in our nationwide Scrapbook Masters in 2007.  You all know it got me nothing.

The "prize" I was to win never materialised (the fine print you know...all of a sudden new categories were introduced for beginners & intermediates so the winners of those got prizes but only the top dog in the advanced got - all a matter of interpretation as to whether we were finalists or runners up - it's all the same to me & I'm over it but a sidebar badge would have been nice...) and a sponsorship or two from the local manufacturers whose product I used....Oh no, I forgot, they aren't interested in promoting themselves or the South African scrapbooking industry - just shipping "icons" over the seas to show us "how it's done"!!!  How condescending :)

Anyhoo, moving on....Here is Lloyd's new music video on You Tube.   He can go all the way!  Even though he's "only" a South African!! 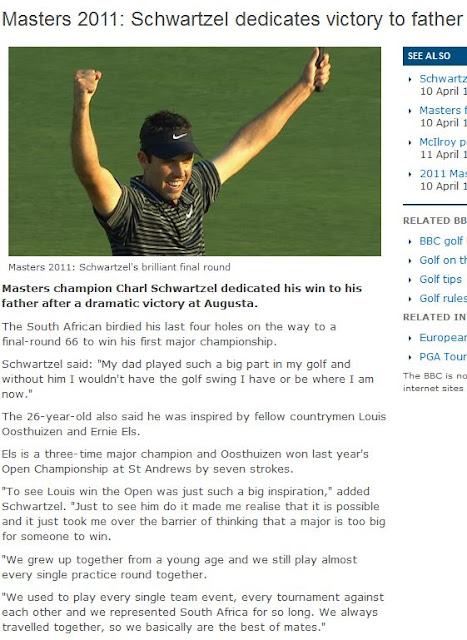 Cool!!!! Thanks for sharing!

Doyou remember Posoletso girl about 8 y.a.? She was great too! Never saw her again...

You have all reason to be proud of S.A! Guess what! Scrapbook.com doesn't ship to Malaysia too? I was like what... same reaction. LOL!

scrapbook.com doesn't ship to Jamaica either... .

DH listens to SA music and I quite like what I've heard. I wonder why the likes of Scrapbook .com don't mail to so many countries?
Alison xx

I live in the USA and work for Dimension Data, a South African based company. They were started there in the 80's and have grown to a global entity ... I'm very proud to work for such a diverse company =) My Boss was born in the UK and moved to SA for about 10 years before moving to the States ... he's hosted all of us at his house for a Braai ... and made me do a shot called a springbok (creme de menthe and amarula cream ... GROSS!)

I'm also a HUGE golf fan and was excited to see Charl Scwartzel win if Mickelson couldn't pull it off!