I did this for the PRIMA February BAP. 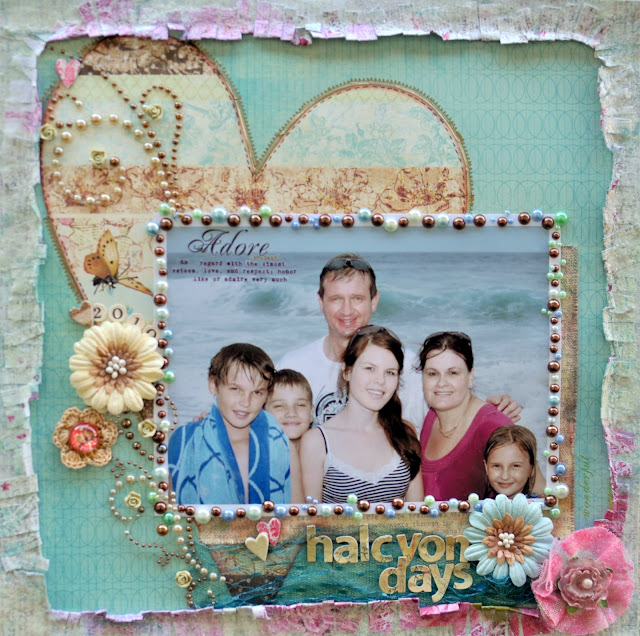 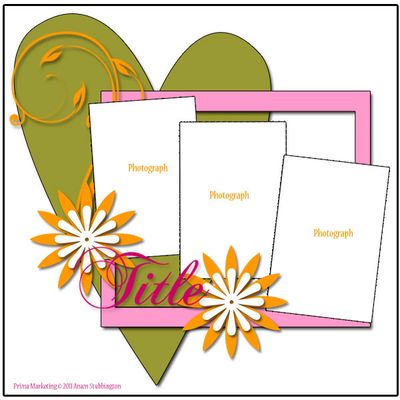 I had one large photo that I really wanted to scrap so I adjusted the sketch accordingly. 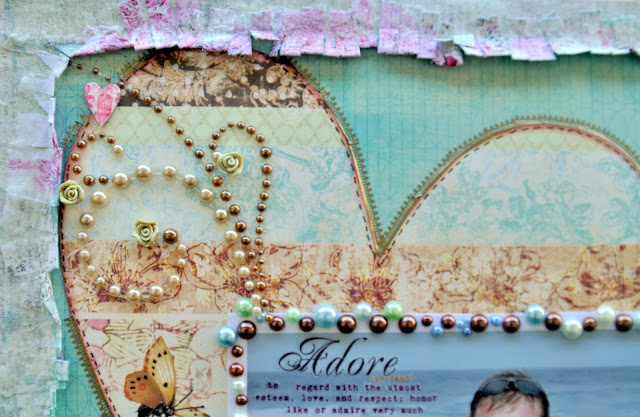 I made the border for my page by cutting a 4cm frame from a piece of printed paper (measure in 4cm from outside edge all around) then rough-cut a "fringe" design (lots of little nips) half-way in - 2cm deep so not all the way to the outside edge - then curl back over a pencil, moisten with dimensional glaze & "glitter-dip" by sprinkling fine, clear glitter all-over - then fold back fringe pieces randomly for an artsy look. (obviously double-sided paper works best for this!) 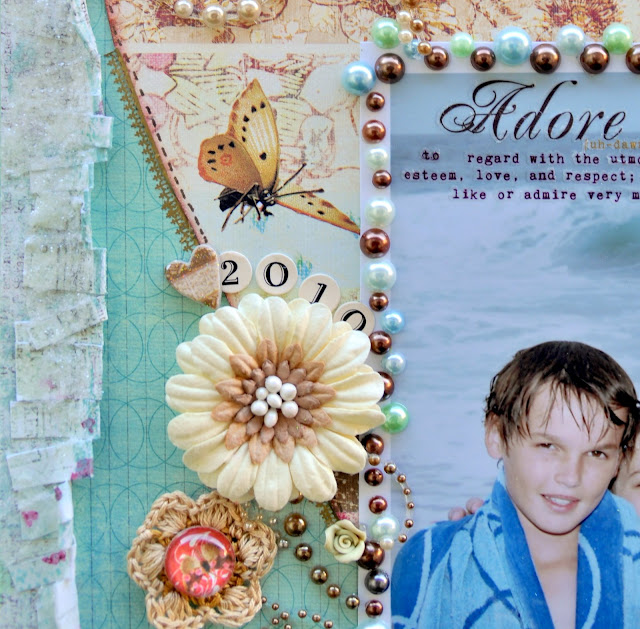 I framed the entire photo with pearls which I won in a Prima prize pack in December 2009 for my layout for Iris Babao Uy's Hurricane Relief online class. 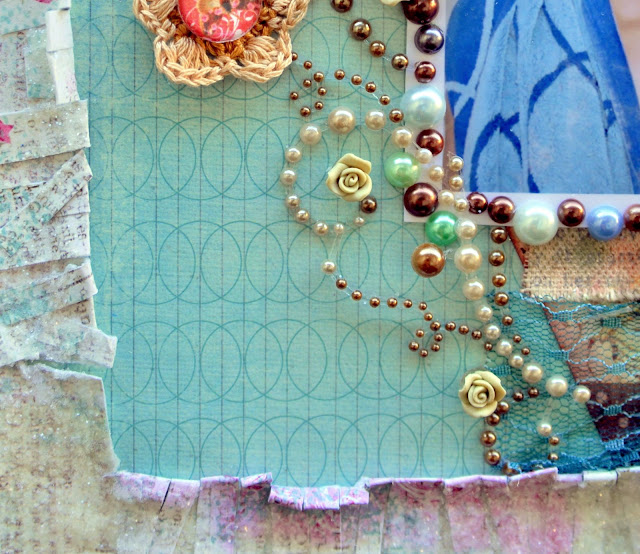 I cut a Prima bling swirl into two (as I often do) to stretch it across one side of my layout. 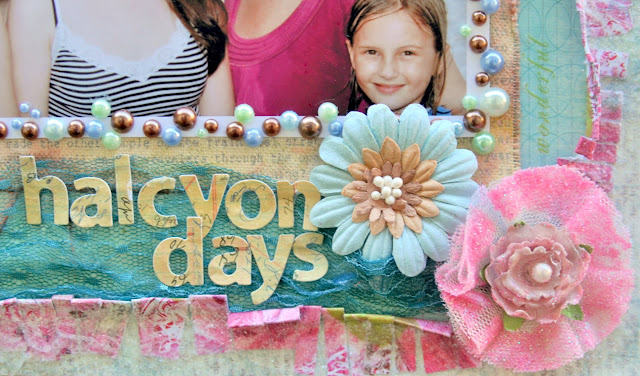 I glazed the alphas & glitter-dipped the beige flower to recolour it pink & used an offcut piece of Websters' tulle beneath my title for a wavy "sea" effect. 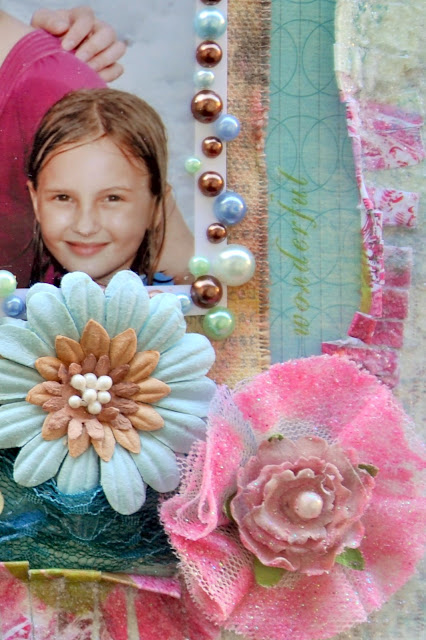 I used Prima canvas to back my photo, first fraying & inking the canvas, using various Ranger Distress Inks.
Thanks for Looking - Happy Tuesday!
Posted by Ella Swan at 00:40

Stunning, love all the layers and attention to detail.

My Goodness this is really so beautiful and details you rock this!!!
and thank you very much for the very lovely comments on my blog
Hugs Carla

This is just stunning Helen, I love the pearls framing the photo and the papers and flowers with those gorgeous prima glass marbles in the middle are beautiful. Melxx

fantastic work as always! Love the design, color combo and layering. Great take to the sketch

Wow, so much stuff yet it doesn't look overembellished. The photo is still the center of attention. And what a gorgeous photo! I dream of family photos like that my little ones are too young to cooperate.

Thanks girls - a photo with me in it for a change :) Prima make it so easy to create beautiful things...

What a beautiful family photo by the beach and your take on the sketch is so awesome!! You are on the roll :)

This is beautiful Helen and a Prima BAP always gives us a chance to go totally over the top with embellishments. Gorgeous family photo and those pearls around the photo is such a perfect touch.