Hiya!   Just popping in with a quick one I was going to load tonight - forgetting that the challenge site in question is in Malaysia - about 11 hours ahead I think!  So have to do it now or I'll miss the deadline!!  Just on my way out to get my hair highlighted for the Summer!  Glorious weather we are having here while poor old hubs is in the UK shivering away...aaaah Africa does have some benefits!  Okay, down to business... 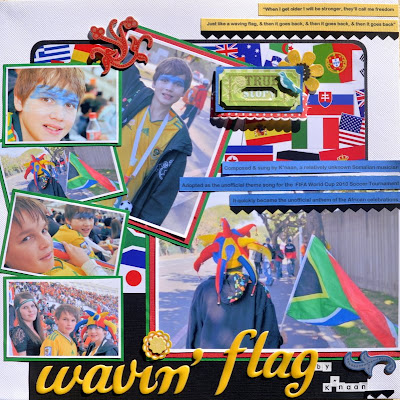 This is the November challenge over @ Scrap-it-Lah here.  I combined this challenge with a sketch one, also due in today, over at Scrapbook Challenges.  I rotated the sketch onto it's side & ,in keeping with the "waving" offset the smaller photographs at angles instead of in a straight line.  I stuck to mainly plain cardstock for a simple, vibrant layout & added a crackingly perfect local p/p 'specially designed for all our World Cup layouts!  I think South Africa has one of the nicest flags in the world.  Full of symbolism too & the ONLY flag with SIX colours - did you know that - nah? Well, neither did I until Reilly, my son, told me! 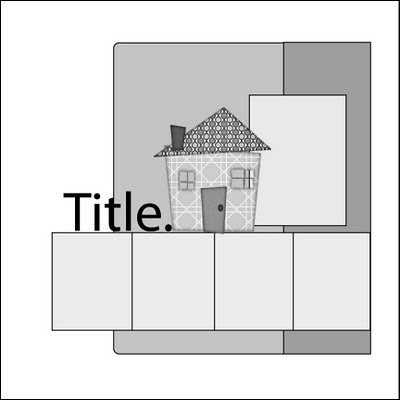 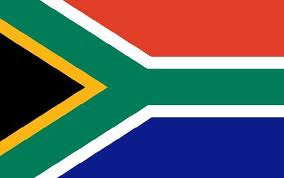 Came together very easily Thank Goodness as it was very late at night last night (!) & then I could only photograph it now in the blazing sun so 'scuze the shadows...Computer journaled again & really it is SO EASY that I'm going to do it more in future.  The good thing about typing out your journaling instead of hand-writing it is that you can fit so much more journaling on a page without it looking cluttered. 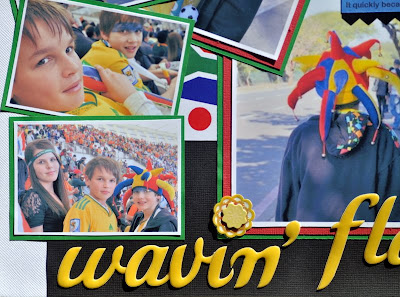 The journaling is all about a song called "Waving Flag" that became a real hit here over the World Cup time mid year this year.  It was not the officially commissioned song - that was "Waka, Waka" by Shakira, but this song won everyone over & was just literally blaring in every mall & everybody's ring-tone too! 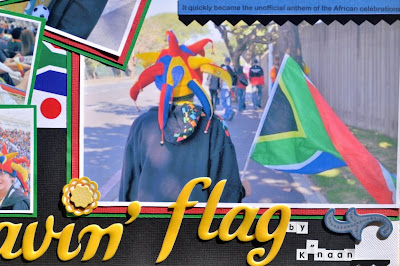 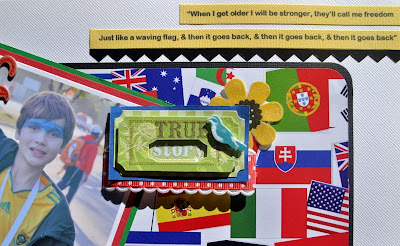 Just linking up then have to run so will pop in to see all my bloggy peeps tonight! 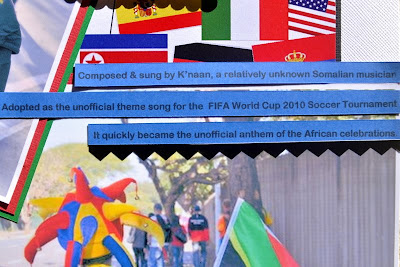 Have been crazy busy with end of the school year functions, which quite honestly I find a drag - so repetitive! 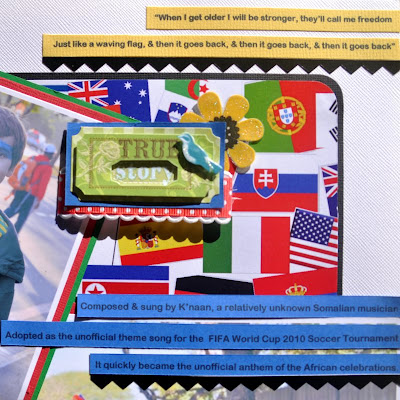 the color combination you've used is perfect!!! What a fun layout!

Such a fun and vibrant LO Helen.

Love the words to that song.

Hope to see a pic of the new hairstyle! xx

Wow...I love this layout in the colours of our flag...and I love that song. Yes on Shayne's comment...we want to see photos!

What clever way to put flag images on your layout and yet they matched the flag colors!! You work so well with the colors and love the photos! Thanks for playing along at SIL :)

You are lucky to have some many colors to play with, LOL! Fabulous photo selection for the challenge, and a FUN layout!

Hi Helen!! LOVE how colourful your layout is.. just like the South African flag!!

Thanks for playing along with SIL!!

Hi Helen!! It's my first time here and you have many Beautiful works. I love this page, has many beautiful details and the colors are fabulous!
Hugs!

woohoo ! Your National Flag is special ! what colors !!! fab layout too , hun !

What an amazing layout, very fun! Love the colors and the design, it came out perfect!! And the pictures are great as well, love your sons hat, is that the famous octopus? LOL...poor thing...looks like you had SO much fun, I´m saving to go to the world cup in Brazil in a couple of years...Ohh, and I´m having my hair highlighted this friday as well, it´s SO hot back here, I need to get ready for summer;) thanks for sharing, you did an amazing job on your layout. Hugs!

Wow Helen, what a fantastic layout and a wonderful reminder of the World Cup - it must have been absolutely amazing! I love your computer journaling too!

I love how bright and funky this looks

what a fun colourful layout! A true delight!!!

Love all the colours and all the photos. What a fun LO! I'm sure your son must love it!